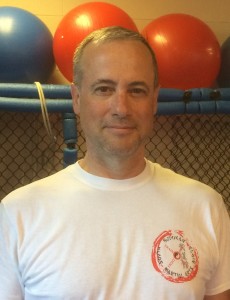 Chris has been practicing Martial Arts since 1975 when he began studying for his Junior Black Belt in Judo at the age of 10. After gaining his Judo black belt, he began to learn Goju Ryu in order to learn how to punch, kick and use weapons such as the Nunchuck. By the age of 18, he was introduced to Wu Wie Chuan through the Pennsylvania Karate Academy, which is a blend of Northern Chinese Style Kung Fu systems. Within a year he was completely immersed in his training and began boxing at Jack’s Uptown Gym in the Hill District of Pittsburgh and learning Muay Thai and the Filipino Martial Arts.

This solid foundation and love of the Martial Arts built a 20+ year career in the Martial Arts and Fitness Industry. He has taught Martial Arts, Fitness and been a Personal Trainer in Pittsburgh, Atlanta, San Francisco and Boulder. He has worked in National Health Club Chains, Private studios and Non-profit facilities. The following are among his many accomplishments to date.