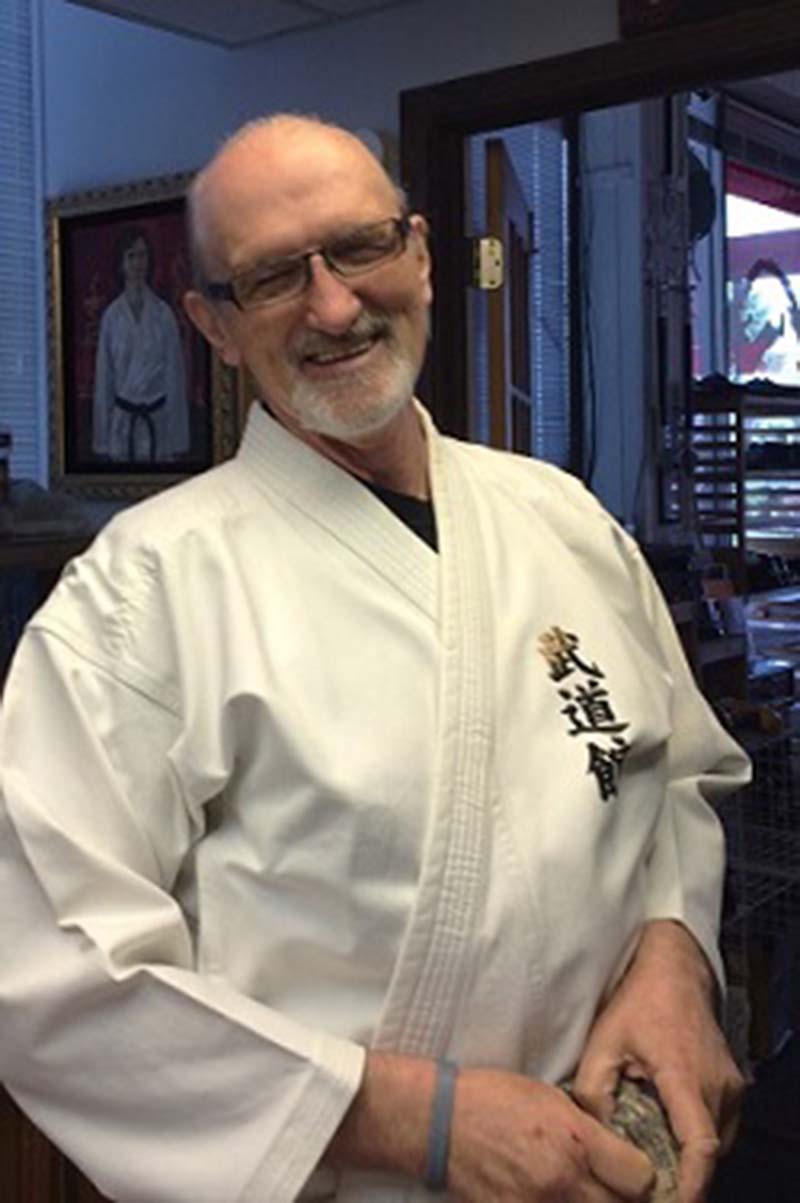 Born in Galway Ireland, Sensei Thomas O’Shaughnessy began boxing as a boy. After watching a local sailor perform a new style of fighting he had discovered in Japan, Thomas became an avid fan and student of Judo and helped establish the Galway Judo Club.

In the 1960s and 70s Thomas studied various martial arts under masters in England, Japan, China, the Philippines, and several other Asian countries. He returned to Okinawa in 2012 to train and keep current with today’s techniques and philosophies by studying under nine world famous masters of various Karate styles.

As an original member of London’s famous “Earlham Street Gym”, Thomas extended his knowledge of martial arts in England through his studies at the Budokwai under the late founding master, Master Gunji Koizumi and also continued his Judo education at London’s legendary Renshuden Judo Academy founded by the late Master Trevor Leggett. During his time in London, Sensei O’Shaughnessy met and trained under the legendary Steve Morris (www.morrisnoholdsbarred.com).

In a another chapter of his life, Thomas taught hand to hand combat training to various Special Forces and law enforcement agencies and participated in several high level security details around the world.

A life-long student and combatant, Thomas has studied to the highest level, and does so to this very day, under many great masters. He is a true master of all disciplines offered at the Budokan. He is among some of the first, and only a handful of, westerners to have obtained his teaching license from Japan. Not only is Thomas O’Shaughnessy the co-founder of Budokan Martial Arts, he actively guided and oversaw each discipline offered at the club on a daily basis. Master Thomas achieved 8th Dan in Judo granted by the Kododan in Japan among other advanced ranks in many other styles.