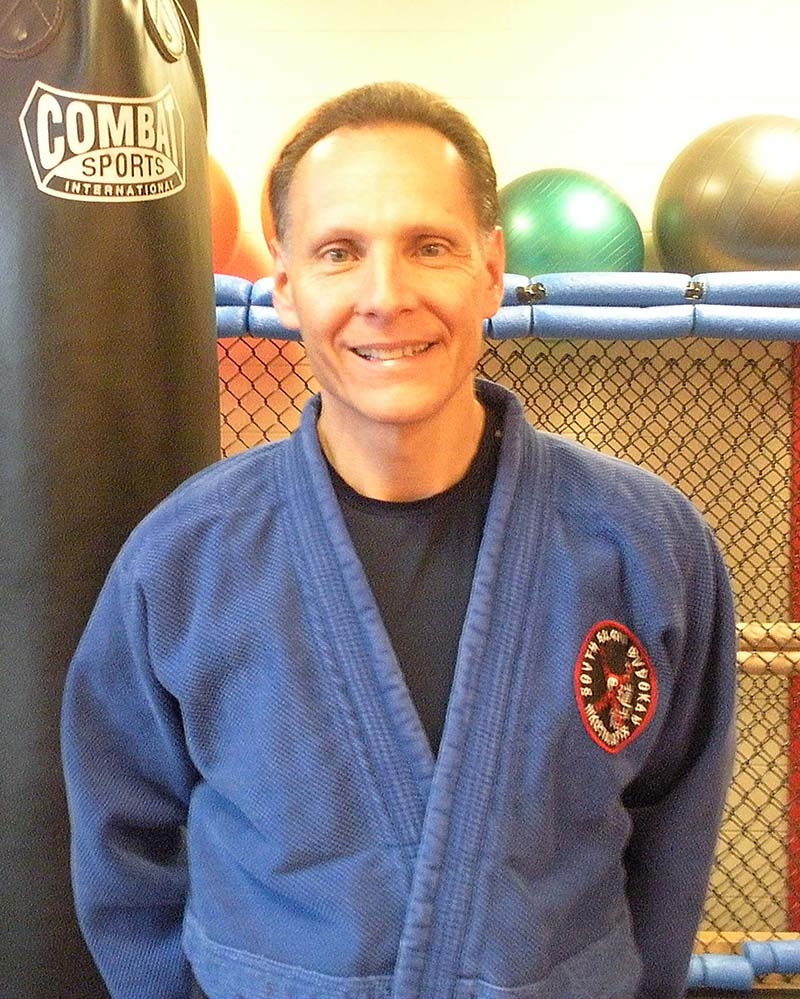 John’s introduction to the martial arts began with some initial training in Tae Kwon Do followed by approximately 2-3 years of training in Goju Shorei Karate. In an effort to broaden his skill set in different areas of the Martial Arts, John later trained in Miyama Ryu Jiu Jitsu for approximately six years, attaining the level of Green Belt.
After enrolling his son in Shotokan Karate, John decided to join him and began training that lasted over eight (8) years when he attained the level of First Degree Black Belt (Shodan). During the course of his Shotokan training John competed in many tournaments, medaling in most, including First Place finishes in Kumite in the Jennifer Malloy Memorial Tournament in 2005, the American Shotokan National Tournament in 2005 and winning a Gold Medal (Kumite) and a Silver Medal (Kata) at the USA NKF National Tournament in Charleston West Virginia in 2007.
Coach John began personal training at South Elgin Budokan in July 2012. The Budokan recognized his skills and love of martial arts and asked him to join the staff team as an assistant boxing coach. John continues his personal training in adult Bujutsu and Arnis. He believes in a well-rounded approach to martial arts resulting in his diversified approach to training.