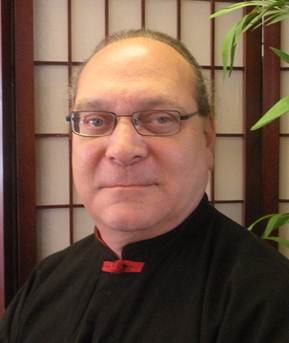 Sifu Joe, as he is fondly called by everyone at the Budokan, started his martial arts training with boxing at 6 years old. He trained with his father and a family friend, Tony “Man of Steel” Zale, world middleweight boxing champion of the 1940’s. At age 12 he began studying Okinawan Karate under Mr. Hideoshi Fuji, formally with the Japanese Naval ‘Advanced Forces’ during the late war. This was his first introduction to traditional Asian Martial Arts, that included Japanese Karate, Judo and Jiu Jitsu that were taught by disciplined, hard training instructors.

Joe’s study of Chinese Martial Arts began at age 15 under Master John Keehan (Count Dante) where he became interested in the differences between the Okinawan, Japanese, Chinese and Korean Arts. In 1970, he helped co-found the Elmwood Park Kung Fu Club where many skilled Sifus, Masters and Grandmasters from China and Taiwan visited year-round. They brought with them a wide-range of internal and external forms where he was introduced to Tan Tui Chuan, Long Fist Boxing, Kenpo, Fukien White Crane, Mantis, Wing Chun, Tung Bei, Shuai Jiao, Chin Na, Hsing-I Chuan, Taiji Chuan, Baguazhang, Qigong and some traditional Chinese medicine. Currently, he is working on mastering Liu He Ba Fa (Water Boxing) with Sifu John Loupos.

Over the decades, Sifu feels fortunate to have been a student of many skilled martial arts instructors. Each has given him deeper insight into body structure, fighting techniques and applications. He continues his study of various martial arts by training two to six hours most days. When he is not training, you will see him in the dojo assisting other instructors in their classes. Sifu insists nothing but perfection from his students just as his amazing teachers taught him.