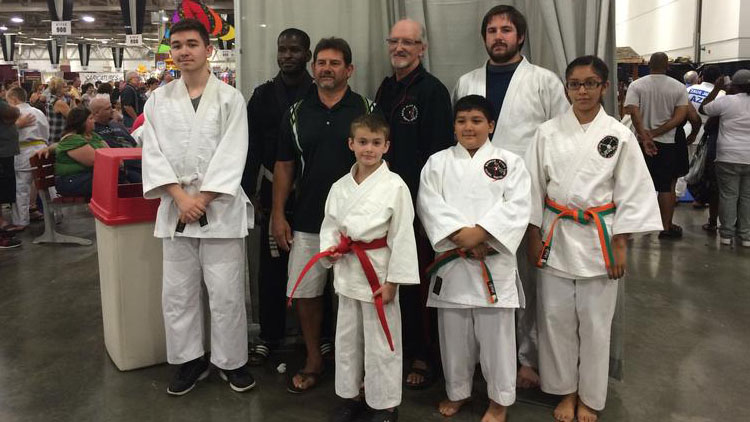 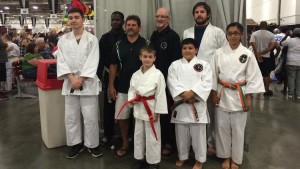 (South Elgin – 2/29/2016) — Judo (meaning “gentle way”) is one of the sports athletes will be competing in at the 2016 Summer Olympics in Rio de Janeiro. This modern martial art was born in Japan in 1882, and the American Athletic Union (AAU) has held national championships for the sport for half a century.

The youngest South Elgin Budokan team member, Mason Cullotta, is just 10 years old and had not competed in a national competition prior to the 2015 event. This was also Justin DeVito’s first tournament; he had only 10 months of training before competing at the nationals.

Coach Mike de la Torriente, who along with Tom O’Shaughnessy accompanied the team to the nationals, was the youngest judoka (one who practices judo) ever to compete in the Judo Olympic trials, in 1975.

The 2015 competition was the fourth South Elgin Budokan has competed in since 2012, where students have garnered more than two dozen medals.

“We try to get to as many tournaments as possible in our area,” said Tom O’Shaughnessy, co-owner and coach. “Students aren’t required to attend or participate in any tournaments; we just try to offer the opportunity to compete at state and national levels if that is something they enjoy and want to do.”

O’Shaughnessy, a native of Ireland, holds an 8th degree black belt and multiple black belts in various martial arts. He has studied martial arts under masters in Japan, China, Europe and the Philippines, and has toured the world teaching as well as keeping current with martial arts techniques and philosophies. In fact, he is among some of the first, and few, westerners to have obtained his teaching license from Japan.